The Christian colleges included here offer your major of interest. You may read through the articles to learn more about your major of interest. You may also select the schools you'd like information from and click "Continue" under the list of schools. The Christian Connector and those schools that you request information from will receive the information you provide on the form so they can respond and meet your information request. Once the form is completed, you'll automatically be entered to win one of the four $250 College Survival Kits.
Click anywhere inside the box to close it.

The Christian Connector, Inc. has an annual drawing which runs each year from June 1st through May 31st and provides four "College Survival Kits" to students who have completed and submitted the Major Selection Form. Each College “Survival Kit” includes the following college "necessities":


The Christian Connector, Inc. assumes no responsibility for damages or losses associated with any drawing. Should any taxes apply they are the sole responsibility of the scholarship recipient. The survival kit items may not be transferred to another individual.

This drawing is void where prohibited and is subject to any applicable laws.

Click on the map below to bring schools in the selected region to the top of the list:

Articles on Physics:
Major in Physics
A future in Physics
Physics Major...A Closer Look
Path to a Physics Degree 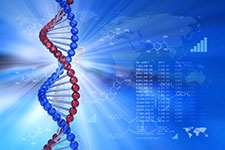 Understanding the Laws of Nature as well as the relationship between energy and matter is the study of physics. Physics majors are instructed to approach this field of science in a problem solving way. Often a physicist will use formulas, primarily math-based, to come to scientific conclusions. Physicists study the fundamentals of how the world works, and thus the field is the foundation for geology, biology and chemistry. Physicists developed MRI and PET scans, televisions, radios, computers, transistors, and the World Wide Web. Physicists are often associated with genius because of people like Isaac Newton and Albert Einstein; however, it’s not a pre-requisite for the job. The key traits needed are analytical intelligence, curiosity and drive.

Majoring in Physics starts with a four-year degree. However, many Physics majors apply the knowledge in ongoing education, often in different fields of study. Many scientists have a BA in Physics and a Master’s or Doctorate in Biology or Chemistry. Other students will
get a Master’s in Education, which enables them to teach Physics at the high school and junior college level. Physics instructors are currently in high demand. Other students decide to pursue a double major like Physics and Engineering. Another option is to minor in something separate from Physics. This will better prepare you for a career upon graduating, particularly if you choose not to further your education.

Physicists make anywhere from $80,000 to $130,000 a year. Here is a list of potential careers those with a degree in Physics may pursue: